You may not use more than five fields in RandomHangmanChooser.

This method should returrn the secret word being considered by the RandomHangmanChooser. Since it reveals the word when called, this method should not allow the user to make any more guesses in the future. 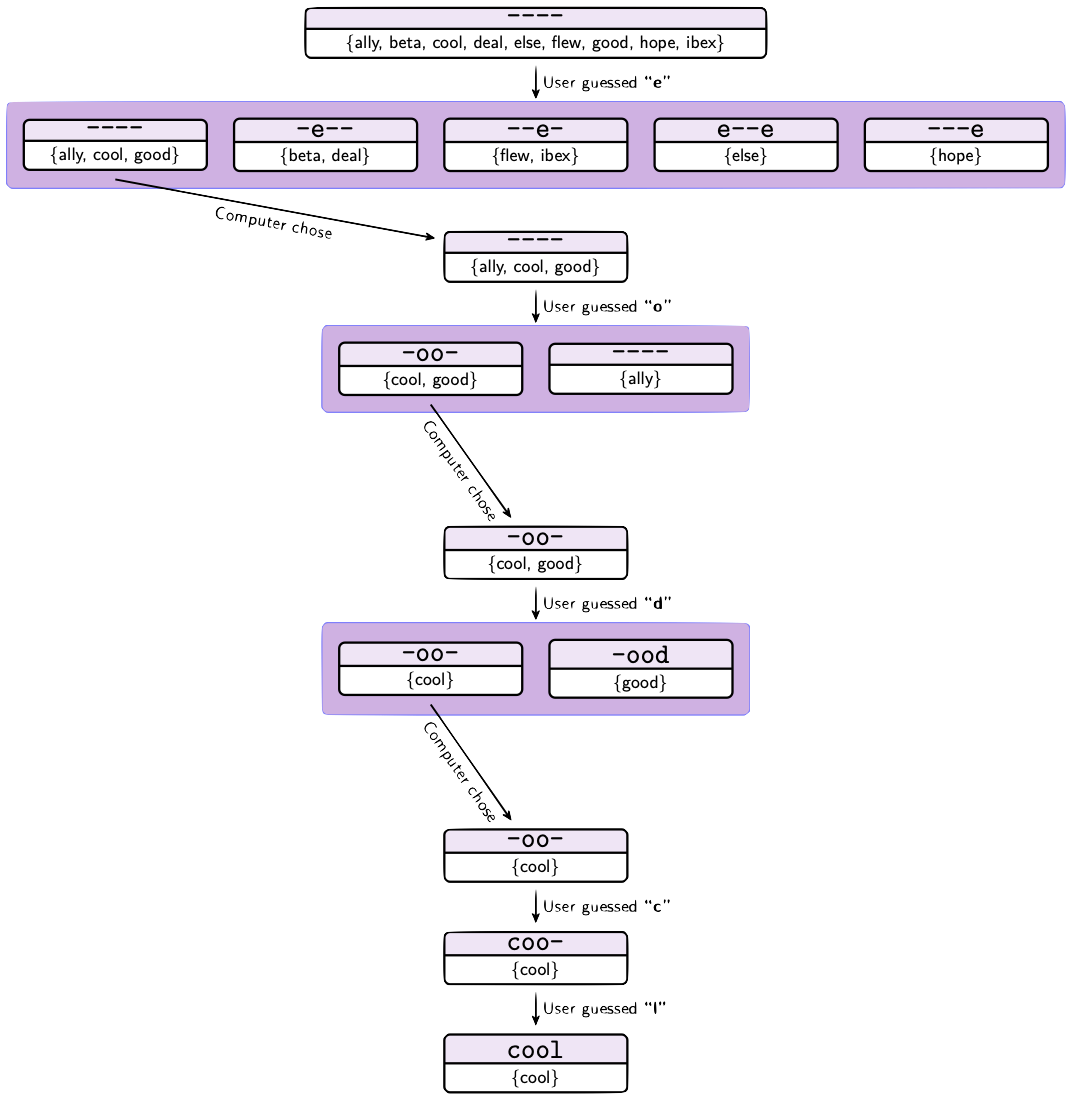 Task 4. Answer all the OpenEnded questions below this task. These will be graded entirely on completion/effort, but they will really help us improve the course. Then, click the “Submit OpenEndeds” button below.